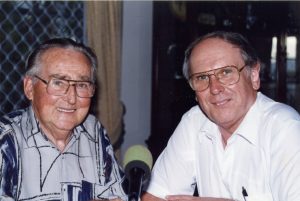 Initiated by the Australian College of Educators, and with support from the National Library of Australia in Canberra and The University of Adelaide (through 5UV/Radio Adelaide), recordings were undertaken in all Australian capital cities and in several regional areas, including with Professor Peter Karmel (ACT), Dr A W Jones, Ruth Rogers, Dr Deirdre Jordan and Dr Jean Blackburn (SA), Miss Bessie Mitchell (NSW), Professor Philip Hughes and William Oats (Tasmania), and Sir James Darling and Dr Shirley Randell (Victoria).

Of the fifty interviews, over thirty edited interviews have now been lodged with the National Library in Canberra, with a total duration of some fifty hours of original audio recordings. Copies of many of the interviews are also held in The University of Adelaide Archives, and in the Australian College of Educators archives, now located in Melbourne.