In 2002, and at the request of the National Council of the Australian College of Educators, Tony Ryan undertook the major task of reviewing College records from around Australia, and setting up a centralised archive in Adelaide, along with a new database.

In 2017, this unique collection was recognised by the National Archives of Australia, through a Community Heritage Grant, as a significant collection of records on the history of education in Australia. 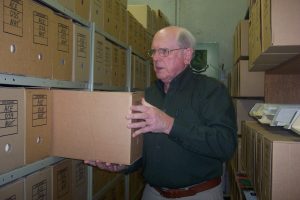 ACE College Archives, based in Lutheran Archives in Adelaide, before transfer in 2015 to back to the National Office in Melbourne.

Following this massive cull and reorganisation, some 200 archive boxes and associated materials formed the basis of the new College Archives. In addition to official records such as minutes, submissions and research reports, the collection included invaluable newsletters and photographs from all states and territories, the oral history collection, reports and papers from national and state conferences and the many publications issued by the College since its foundation in 1959. 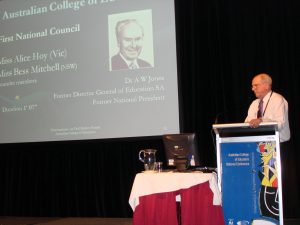 In 2015, the entire collection was relocated in the Australian College of Educator’s national office in Melbourne.