Overview
After a decade of mostly monthly programs, The Big Screen with John J McGowan ended in December 2015. However, many podcasts and scripts will be found on this website. Journalist, Churchill Fellow, author and former long-time ABC colleague and TV producer, John J McGowan was winner of the inaugural Australian Human Rights Commission Media Award (1984), for his seminal ABC Education TV series – Six Australians, featuring six Aboriginal and Torres Strait Australians. And in October 2012, John presented a paper at a conference at the University of Stuttgart in Germany, on the portrayal of indigenous people in Australian movies, From Jedda to The Sapphires.

Podcast – Reflections of a Film Critic
This was the title of John J McGowan’s final program in the series The Big Screen; in this program, he reflected on his lifetime love of the world of film.
Listen Now 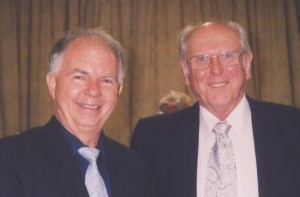 Podcast – Hollywood’s First Australian
John J McGowan is the author of Hollywood’s First Australian – the adventurous life of J. P. McGowan, the movie pioneer they called The Railroad Man (2016). This is a revised edition of the book originally published in the United States under the title J.P. McGowan – Biography of a Hollywood Pioneer (2005). The new edition is expanded to 220 pages with 63 illustrations and is available to order online from Digital Print Australia
Listen Now – Part 1
Listen Now – Part 2