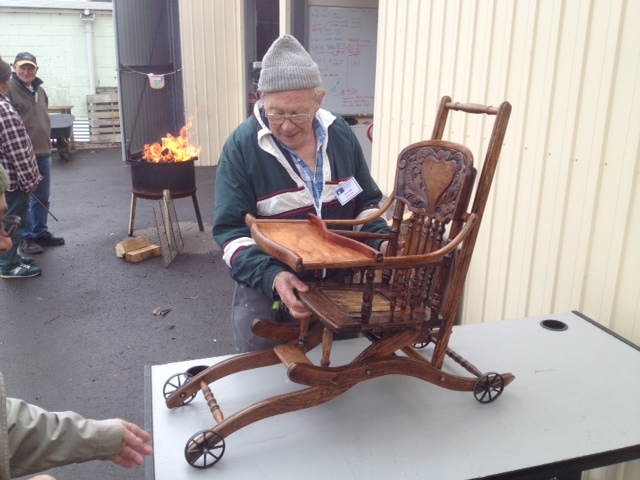 These Awards were gained for projects produced through PBA FM in Adelaide South Australia, since 2005. See also awards at Radio Adelaide.

October 2011 – Brisbane
Men and Sheds – Broadcast 7 March 2011
Second place in the Radio – Best Current Affairs segment/series
2011 Media Awards, Older people Speak Out.
This program was recorded at the Community/Men’s Shed, in Aldinga south of Adelaide, with several of the participants. Also in the program were interviews with Professor Barry Golding from The University of Ballarat (now Federation University in Victoria) and David Helmers, Executive Officer, Men’s Shed Association of Australia.

July 2009 – Adelaide
“Let’s Talk Secret Codes” and “Mental Health First Aid”
Winner in the Radio Category
Archbishop of Adelaide Media Awards The citation reads: “For the promotion of truth, integrity and fairness in South Australia’s media, for a series of programs on mental health first aid and literacy which provide valuable information for some of society’s more marginalized people and those who actively help them.”

October 2006 – Adelaide
Resilience Revisited – with Anne Deveson AO
Finalist in the Media Category
2006 Dr Margaret Tobin Awards for Excellence in Mental Health
A repeat broadcast of an interview with mental health advocate and broadcaster Anne Deveson AO, recorded exclusively in 2005, for the weekly radio series Learning Works, produced and presented by Tony Ryan and broadcast through PBA FM in Adelaide.

This webpage contains a summary of all twelve programs in this series, along with links to podcasts and study guides. Missing podcasts will be added as soon as possible.
READ ALL
follow

Tony Ryan worked as a radio and TV producer, and Executive Producer Adult Education Radio, with ABC Education. From 1993 until retirement in 2017, he worked on state and/or nationally funded projects in the Community Radio sector with Radio Adelaide (5UV) at The University of Adelaide, and with PBA FM in Adelaide.